So, for this week I got a lot of the UI done, which is obviously using the Unity GUI system. Unity Technologies recently announced a switch to a better GUI system in the upcoming release, so it’s going to suck pretty hard redoing the entire GUI when the time comes, but I’m sure it’ll be worth it. 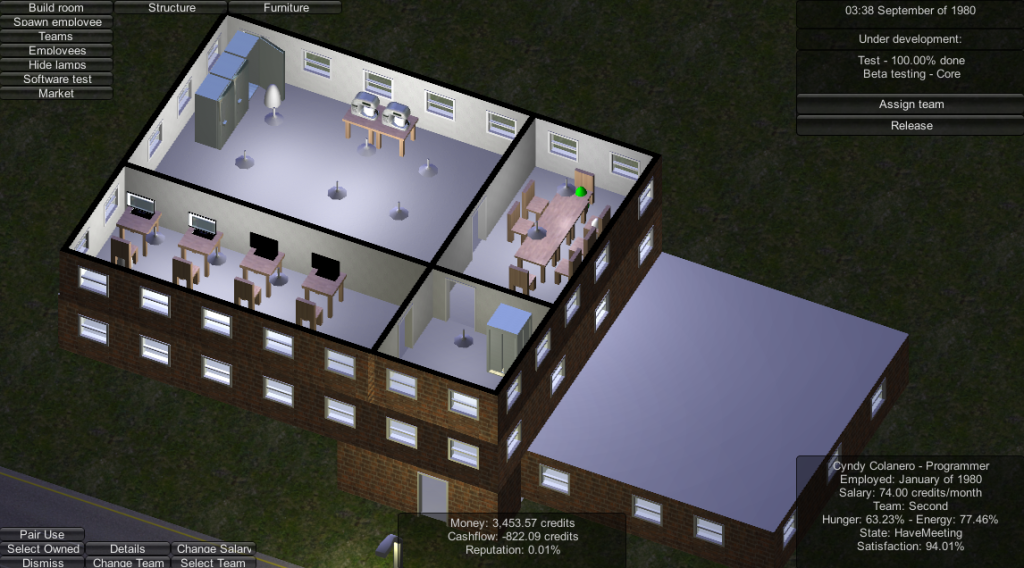 I also finally implemented some of the development cycle. You can now choose what type of software you want to release, how much you want to focus on innovation, stability and usability, pick a team to design it, then promote it to alpha and release it when its done.

In the final version there will be delays at the end of the alpha, depending on how competent your employees are, a beta phase of fixing as many of the bugs as possible and after release you will have to take care of marketing and assign a team to support customers and fix bugs, or get a bad reputation. All of these steps will be affected by many factors, which includes how good your employees are and how well they are doing.

When you release a product, its quality, compared to similar items on the market, will have an effect on how well it sells. So, if you release a 3D modeling application  right as another company has released a much better one, yours will sell less, but you can use it on your next game without having to buy a license. I use a large amount of variables when calculating how much your product will sell each month and how much popularity it generates. 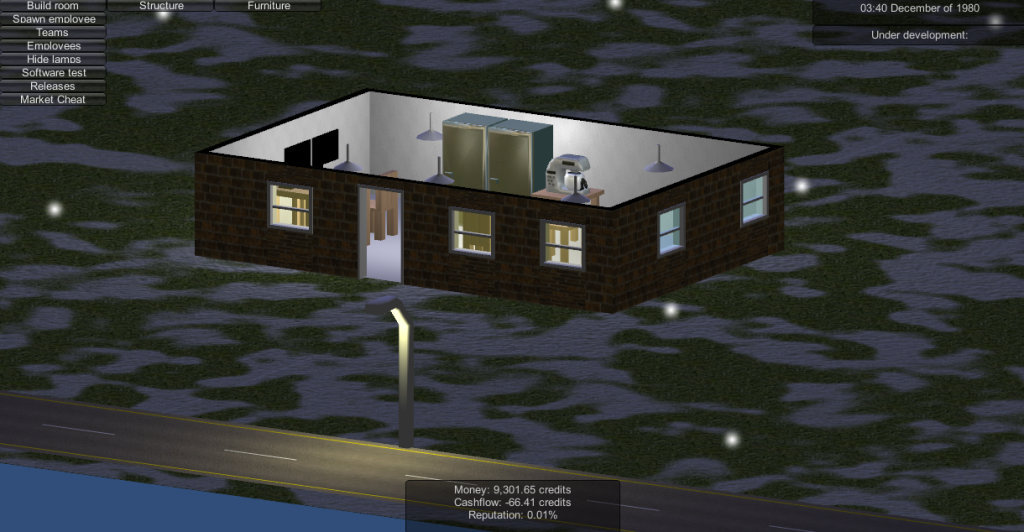 Finally, I simulated winter. It seems like a good way to illustrate time passing, though the snow texture and particle effect could use a loving hand.